The Alice Walton Cowgirl Park, named in honor of Alice Walton was created in 2019. This project was borne of necessity and passion. The need was to create a beautiful space that would be enjoyed by visitors to the area and the new Dickies Arena; the passion was a group of friends who came together to fund the project and name it in honor of a special woman who has been so generous to numerous projects and the city of Fort Worth: Alice Walton. Walton has been a supporter of the Museum and is the Museum’s 2007 Fern Sawyer Award recipient.

The park is home to the Museum’s Sergeant Reckless statue, a memorial to a decorated war horse. The bronze, which sits atop the monument sign, is a magnificent sculpture and tribute to an amazing animal and true war hero. In connection with the statue, the 2019 Inaugural Sergeant Reckless Award introduced and honored Robin Hutton who was instrumental in gaining national attention for Sergeant Reckless.

Other statues in the park include “Horse of the Year” featuring Boon San Sally and Boon San Kitty,  horse Royal Blue Boon, horse Little Badger Dulce, and dog “My Best Friend Good Friday Walton.” Additionally, the park is host to a mural created by Evergreen and the artisans of the Mellini family in Italy. This artwork of a tooled western saddle is constructed with tens of thousands of small pieces of glass, painstakingly hand-placed together to create this bespoke mosaic. This mosaic is not only a beautiful backdrop for the park but is also a picture-worthy location.

The National Cowgirl Museum and Hall of Fame invites everyone to visit the new Alice Walton Cowgirl Park and they look forward to many events, exhibits, and activities planned for this new space. 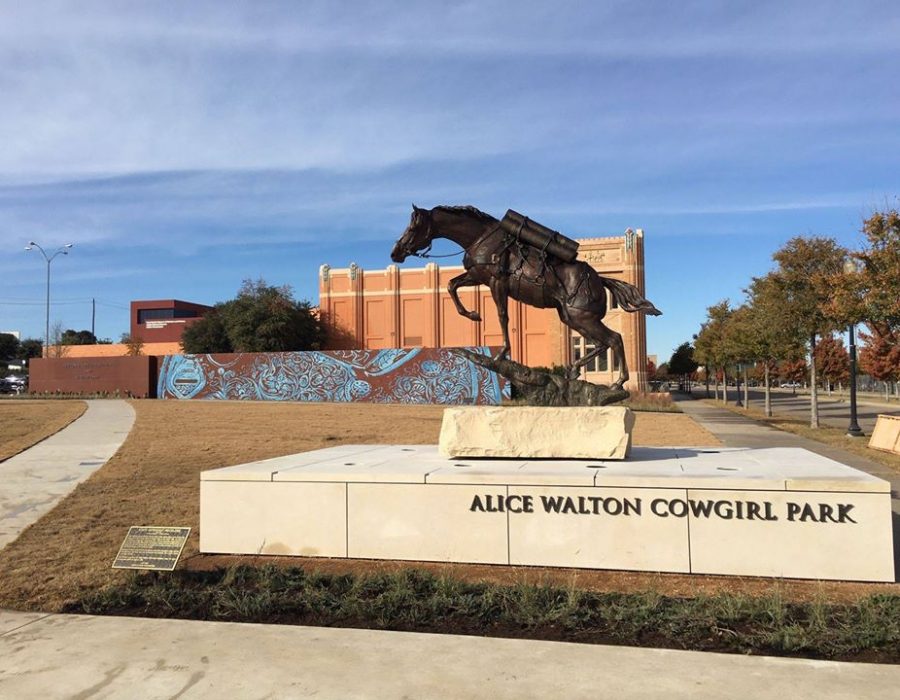 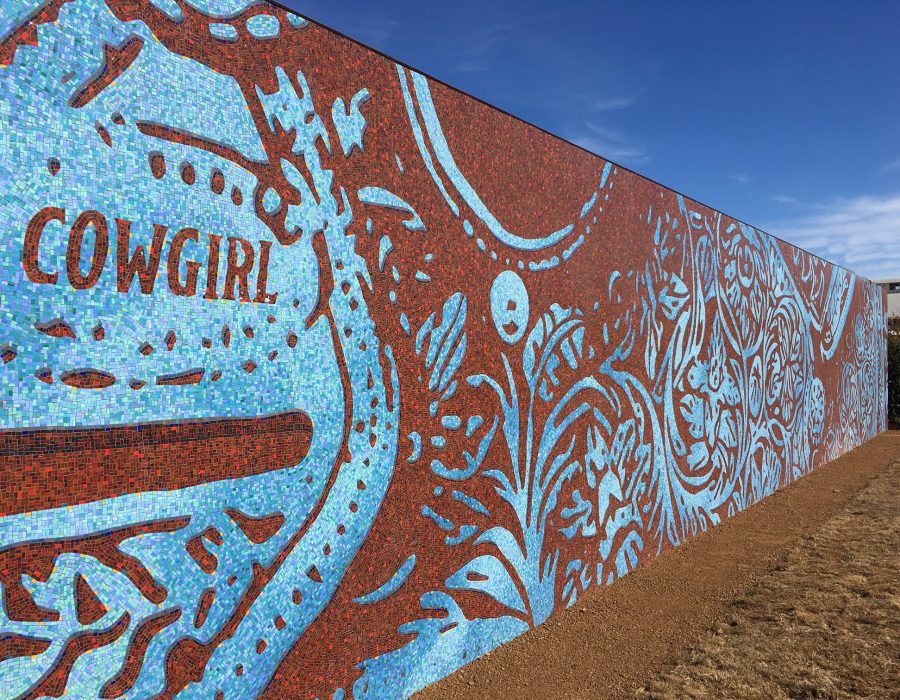 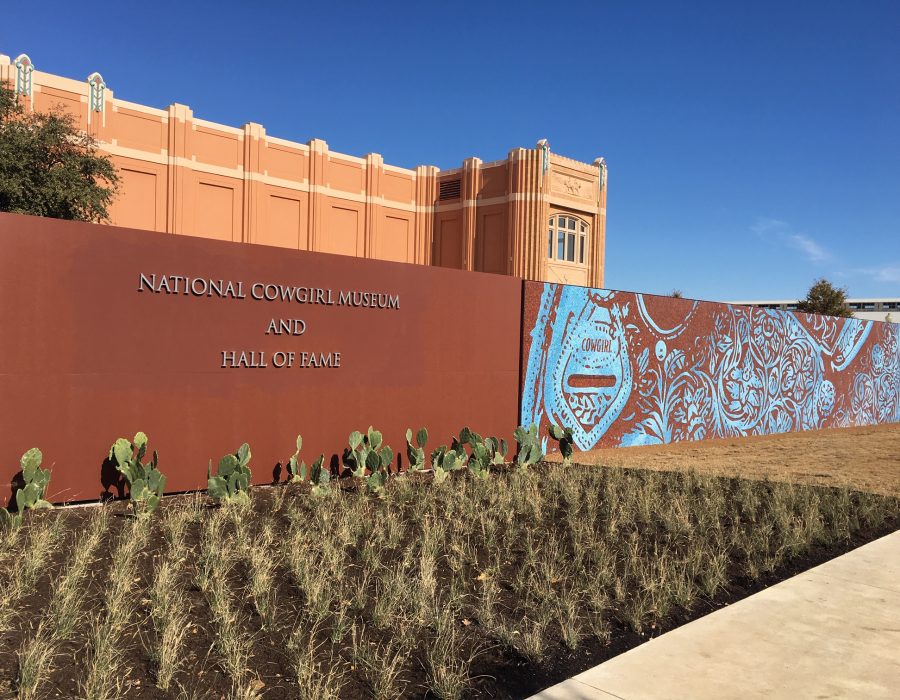 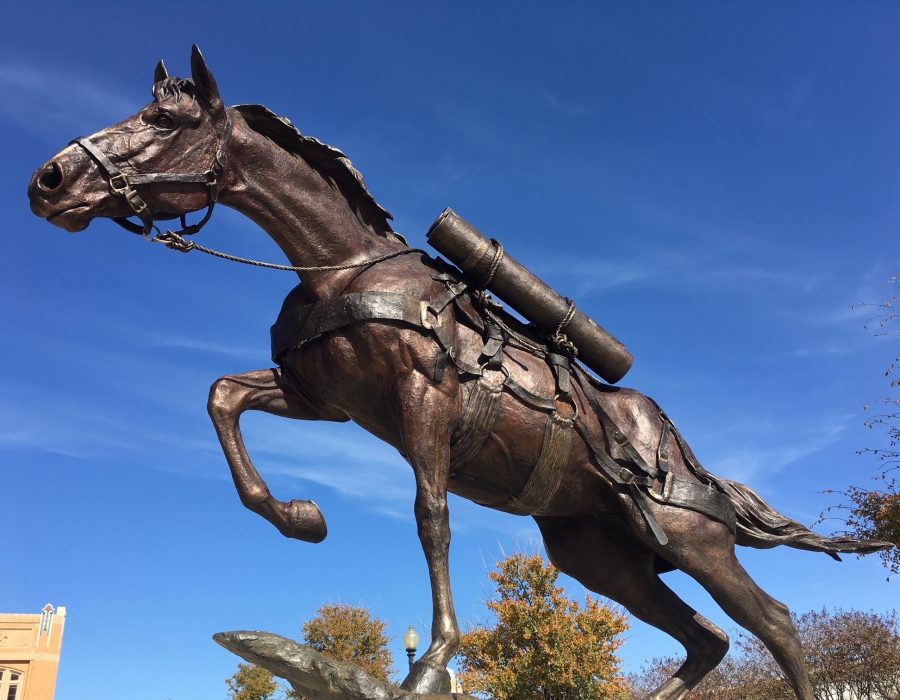 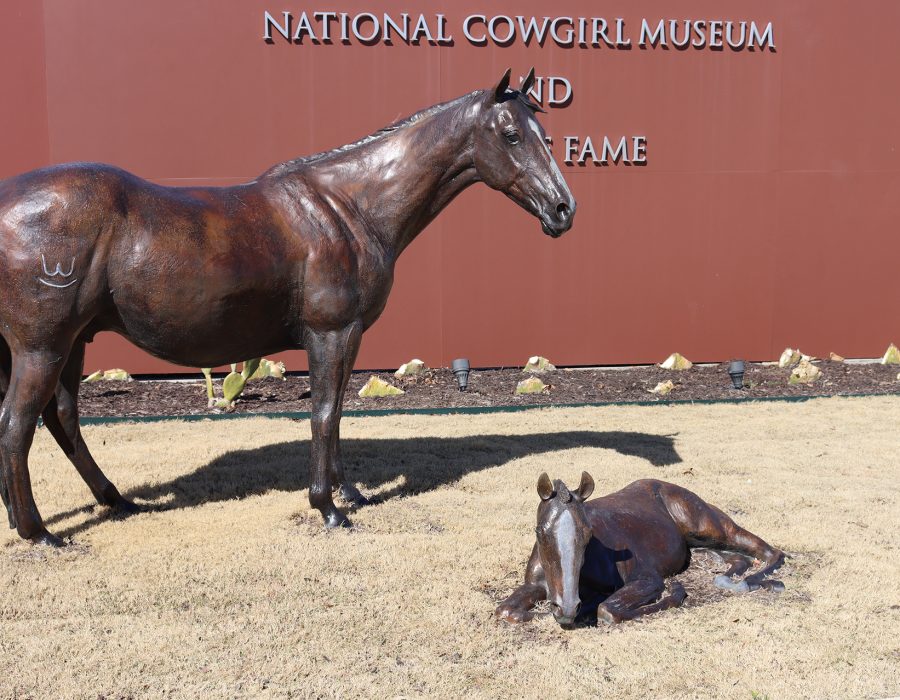 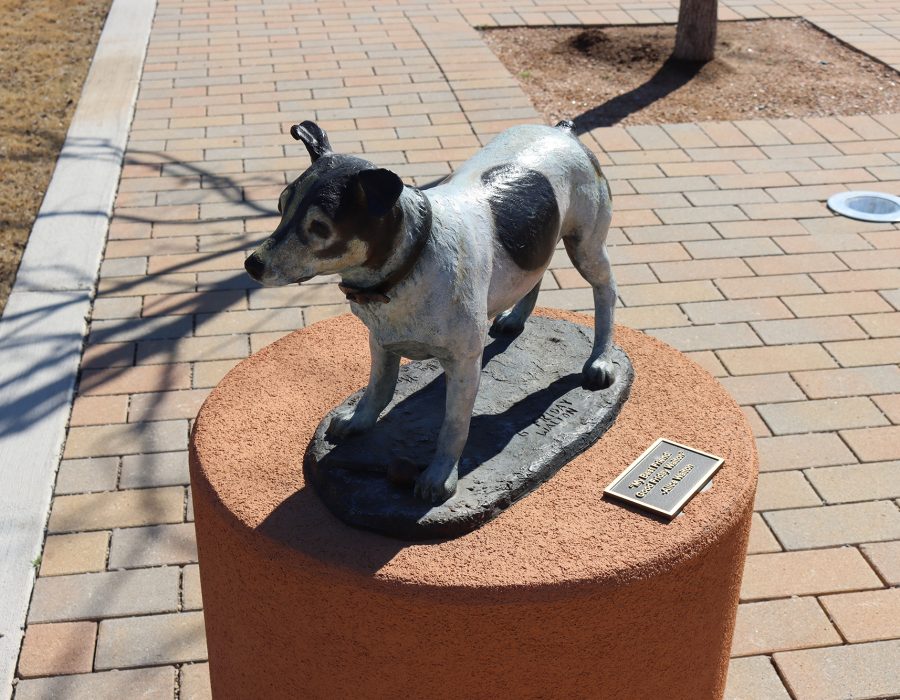